The changelog for YIIK v1.25 is extensive, so I’ll do my best to summarize it.

We incorporated player feedback when preparing this update. We would like to thank the YIIKcord Discord for their help in testing the game and providing meaningful feedback, and all who have emailed us their love for the game, along with some great suggestions.

After our discussions with the community, we focused on improving combat speed, balancing and strategy, squashing and polishing common bugs, and improving pacing.

While the update’s primary focus was combat and QOL fixes, YIIK v1.25 also features a drastically reworked scenario in the Sewer Dungeon accessible in Chapter 2. The change further expands on the game's lore and improves the quality of the original scene.

YIIK Deviation Perspective I Wrong Soul Requiem is the title we have prepared for the YIIK v1.25 update.

A Deviation Perspective is the “classic” YIIK scenario told from another perspective.

Players hoping to be surprised should skip the minor spoilers in the next section.

The 30 pieces of bloodless silver have been stolen. With these tempest metals, any evil deed, no matter how transcendental, can be brokered.

Arcangelo Alpaca, Interdimensional Demi-god, Savior of Shattered Space, must travel through dangerous dimensions and diabolical hellscapes of terror and awe to stop the thieves before it’s too late.

In the far reaches of reality lies his destination: Electric City Golgatha. A seedy underbelly of Angel Stocks, and Digital Soul Vessels. At the center of this debauchery is the COUNCIL OF DIMENSION BIZARRE ESQUIRE.

The motive and identity of the silver thieves are known only to this Shadow Firm.

By Holy Judgement’s Blade, he will track down the King and Queen seeking to make the dastardly purchase, no matter the risk.

Armed with the All-Seeing Eyes of God and Gleaming Fur, the Golden Warrior will travel to the ends of time and space to prevent a corporate merger from hell.

We look forward to you getting to meet the new Golden Alpaca.

YIIK v1.5 will include more Deviation Perspectives that similarly expand on and improve the original content. Please look forward to future announcements regarding this update.

You can also look forward to the YIIK | Deviation Perspective I | Wrong Soul Requiem Official Soundtrack, which includes a short story about the Golden Alpaca, his origins, and the greater YIIK universe. 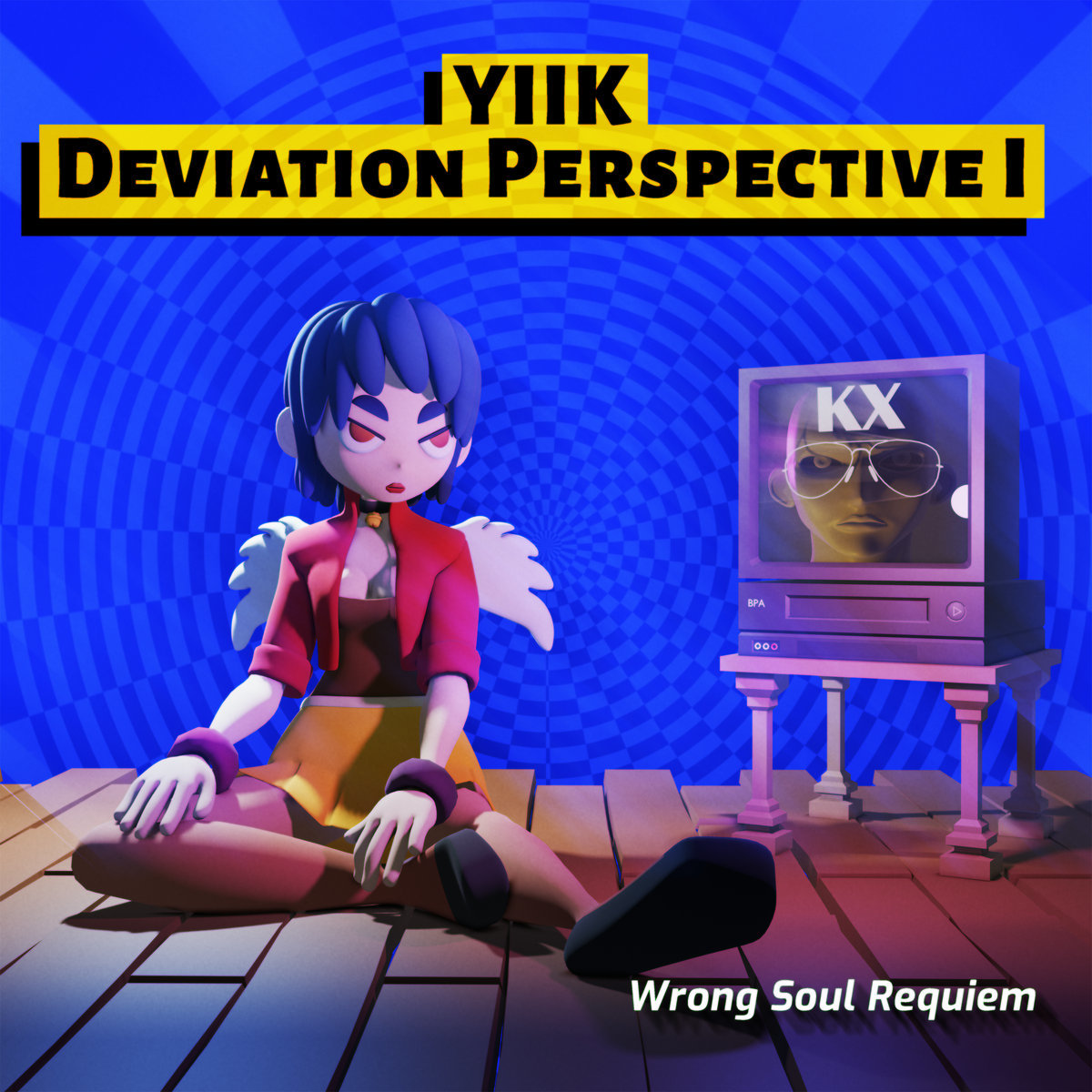 The soundtrack contains 18 new works. I have composed twelve of them, with the remainder composed by guest musicians Trevor Dalton Moore, Cheryl Stelli, Justin Rosin, and Brendan Kingsley.

We hope you look forward to YIIK v1.25, available on Windows and OSX on January 14th to all those who already own the game.

Thank you for playing,
Andrew

Get YIIK: A Postmodern RPG

Solve conspiracies, bash skulls in with vinyls, and get hype for the end of the world!

Just wondering; will this update be only for Windows and OSX, or for all ports too?

Yes!
Aiming for next month.

Thank you! I've been curious to play this recently, but knowing about the update will make me wait for now :)